Thank you to the hundreds of Brooklynites who participated in NKD’s post-election organizing meeting on Saturday, November 19th! From those new to local political engagement to longtime activists and elected officials, Brooklyn came together as one borough to envision and grow a more progressive and inclusive Democratic Party. 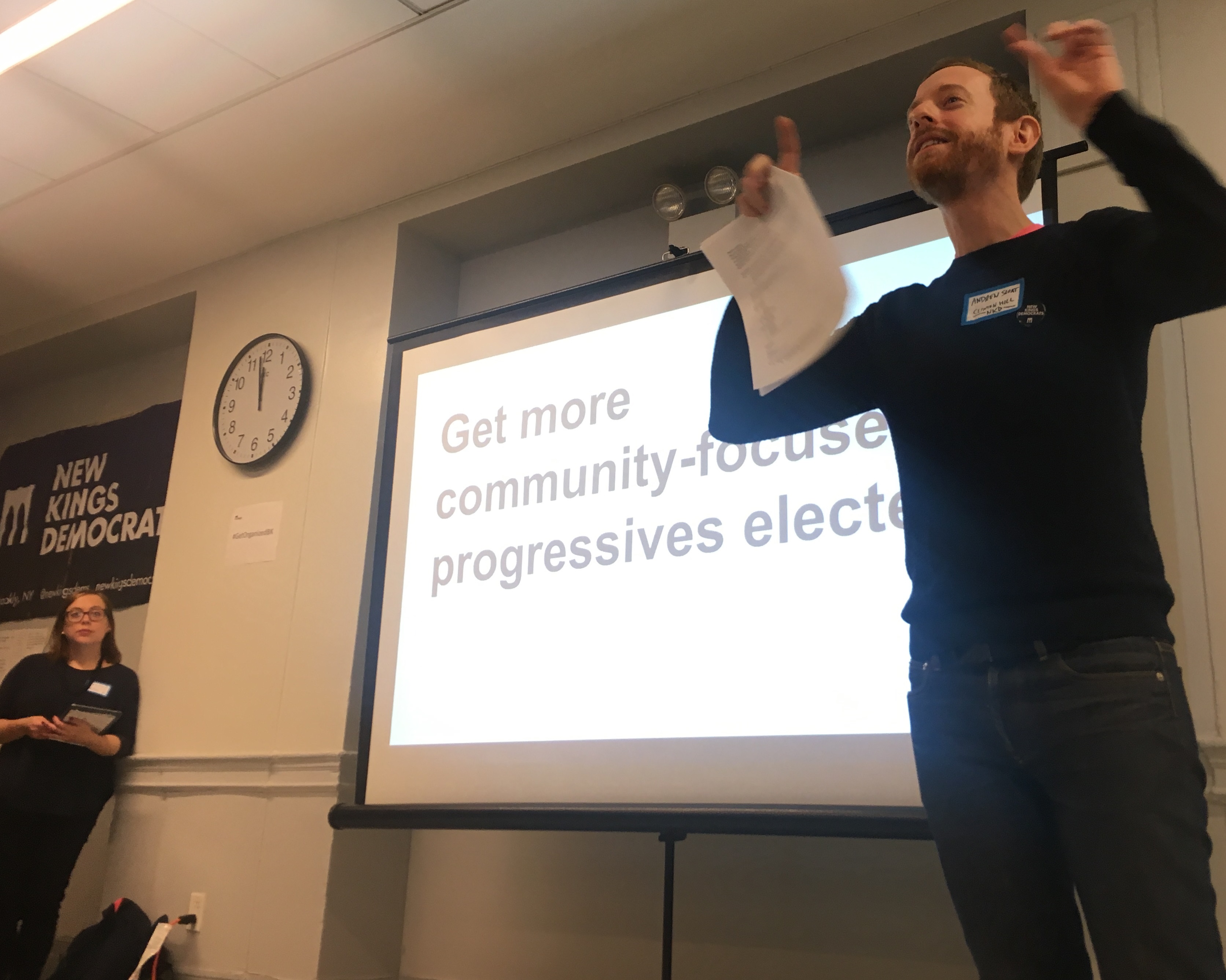 Because so many folks in the room were attending their first political club meeting, the first hour focused on getting oriented to the local political landscape, progressive reform issues, and NKD's role in it all. We ran through "Local Government 101" to understand how the District Leaders, the State Senators, the Governor, and the political clubs all fit together. We talked about the strategies, approaches, and achievements of NKD since its founding in 2008. We heard from a few of the NKD members who became elected officials, and who we still work with. And we heard about the breakout sessions that we then divided ourselves into for the bulk of the meeting, to organize and strategize about making real progressive change. We broadcast this first hour via Facebook Live, and you can still watch it here!

Some great discussions happened within the breakout groups:

Wow, we've gotten a huge response for our meeting this Saturday! It's so inspiring to see how many people are ready to get organized against this serious threat, and to make local politics more progressive. Our meetings are open to all, but depending on how many people show up Saturday we may reach capacity, so please arrive on time!

Planning on coming? Please RSVP in advance! Unfortunately, even with an RSVP we can't guarantee admittance, but your RSVP will help us be as prepared as possible, and will save time signing in at the meeting.

If you can't make it on Saturday, we still want to hear from you! Let us know what types of involvement interest you.

The first Kings County Committee meeting has been announced for September 21st! This year, New Kings Democrats has joined with fellow Brooklyn reform clubs to propose a series of common sense reforms to County Committee operations. The reforms build on the County Committee platform developed earlier this year in Policy Committee.

Check out the mailing sent to all County Committee members

Important note for County Committee members: These reforms will not pass without your help! We NEED you to attend the meeting on September 21, or sign your proxy over to a reform champion (see letter for details). Share your email with us if we do not already have it, and stay tuned for further instructions.