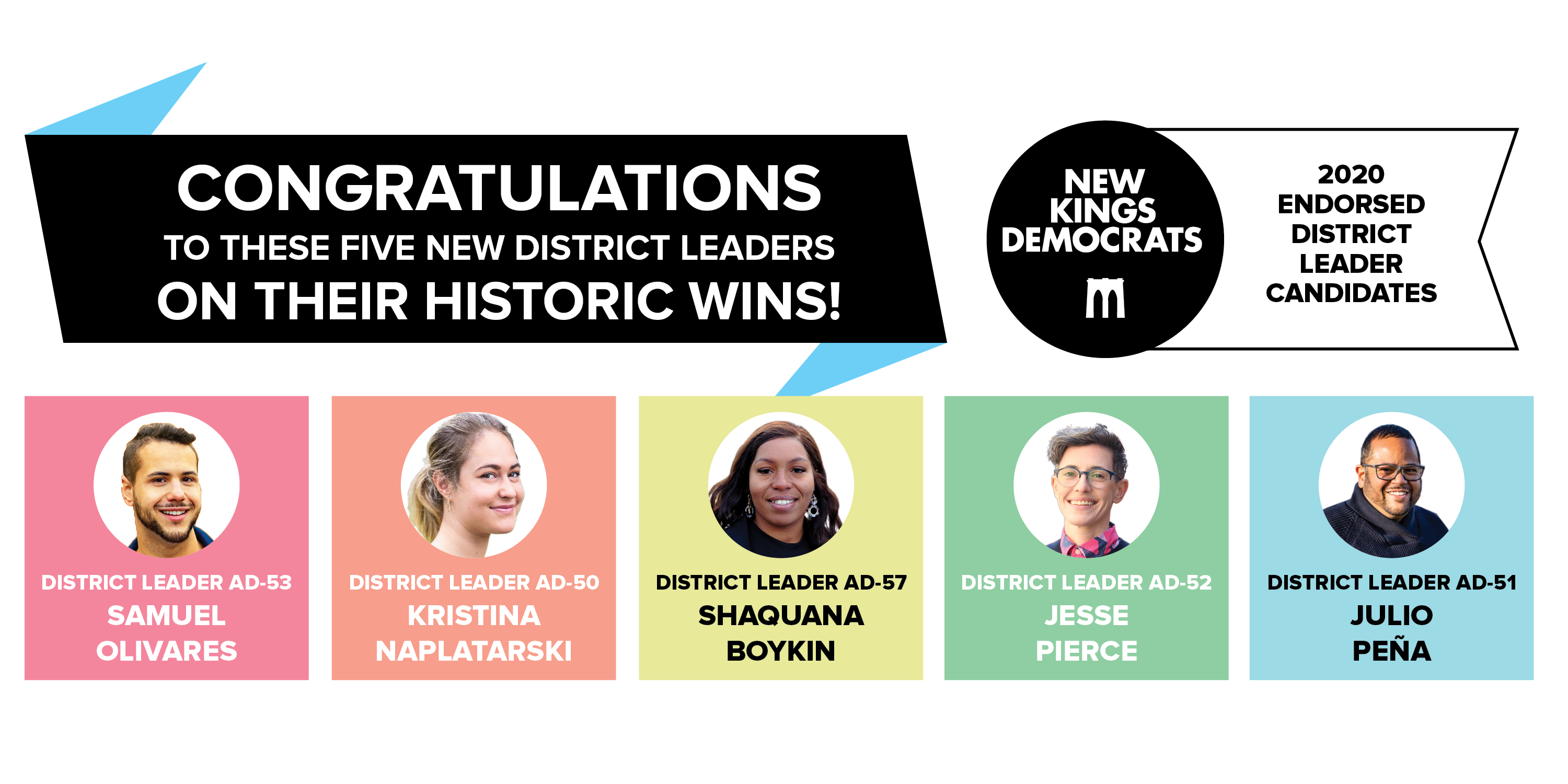 New Kings Democrats endorsed these five reform-oriented candidates for their leadership in their respective communities and their vision for the Brooklyn Democratic Party. They each committed to working for a Party that fights for a more just Brooklyn, not a Party focused on protecting people currently in power.

They’ve already demonstrated this commitment in the way they ran their campaigns relying on small dollar donations from their communities instead of donations from judicial candidates as some District Leaders do. (District Leaders play a major role in deciding who ends up on the ballot in judicial races).  When it comes to the judicial process, they already started advocating for a more transparent judicial selection process. They also advocated against the Party’s attempts to remove candidates from the ballot, and pushed for every absentee vote to be counted in the wake of the election, as many were thrown out on technicalities.  We know they will bring this commitment to democracy to their District Leader roles.

We look forward to continuing to work with these District Leaders, along with the rest of the Brooklyn Democratic Party’s Executive Committee, to create a Party that not only reflects everyday Brooklynites, but works to create a more just and equitable Brooklyn.