These Brooklyn County Committee meetings seem to keep getting planned in the most remote transit deserts in the borough, but last night NKD and our supporters showed up in full force!

We were a significant portion of those in attendance last night — 100 or more NKD members and supporters! Thanks to Quinn Raymond, whose volunteer efforts in organizing a ride share helped many of us get there.

Our work to advance progressive reforms at last night's County Committee meeting began weeks ago, when Brandon West (then our VP of Policy, now President) personally submitted a reform proposal to County Chair Frank Seddio. This proposal, which would reform the way people are nominated for vacant public office seats, was endorsed by our members at last week's NKD meeting. True to his word, Frank submitted the proposal to the party's Executive Committee, which met immediately before the County Committee meeting.


Last night's County Committee meeting began with Executive Director Jeff Feldman informing us that the Executive Committee had unanimously voted to send the proposal to the Rules Committee. This is an important step in pursuing commonsense reform toward making the process more democratic, and avoiding what happened with the 26th State Senate District seat last year. Shout out to Brandon and the members of Policy Committee for their work on this proposal! 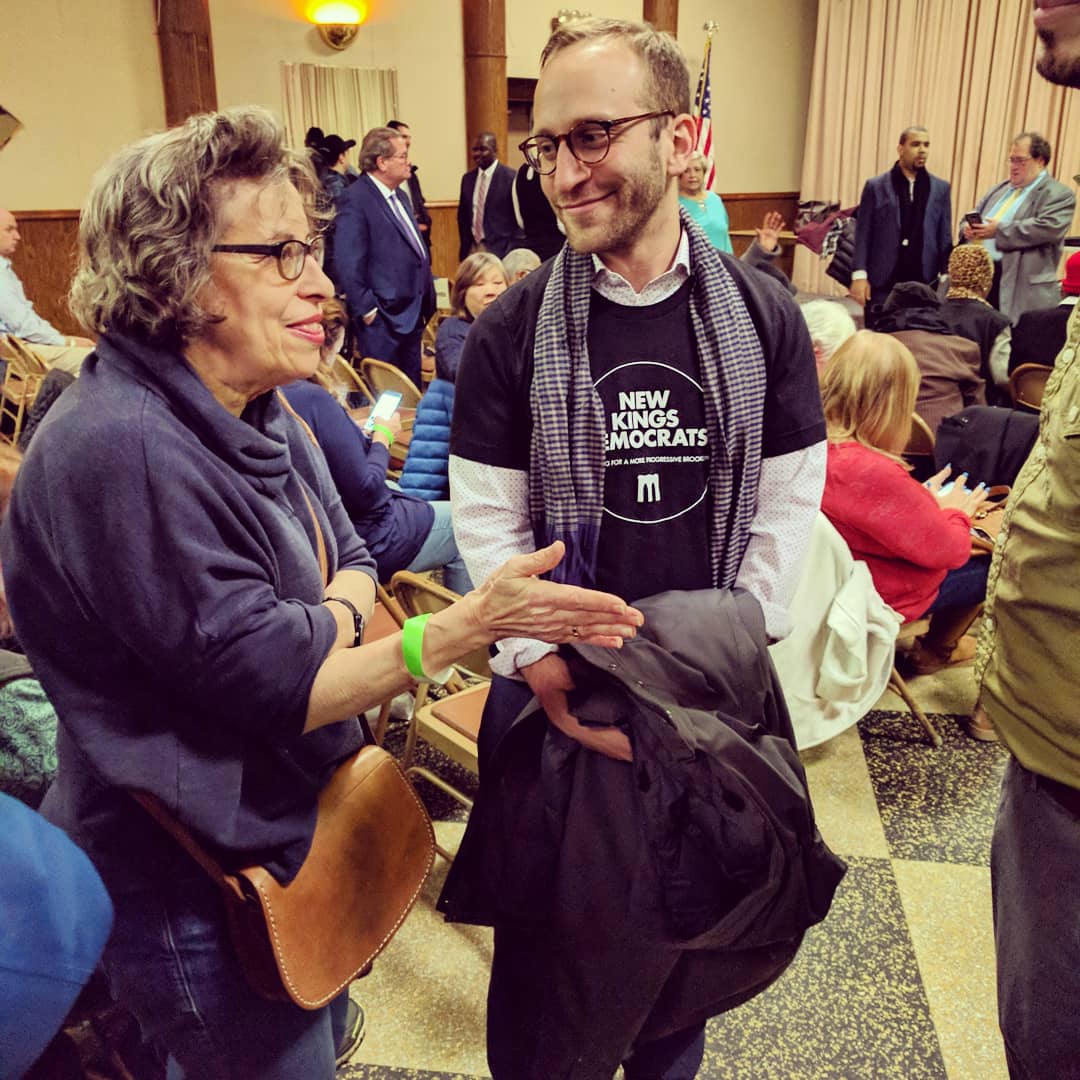 The bulk of the agenda — published on the party website the night before — was a Public Policy Forum on Congestion Pricing. The relevance of this topic to the borough's Democratic Party is questionable, but we were glad for the attempt at hosting an engaging discussion on an important and timely topic, with both sides represented on stage. Progress!

We were also glad that the forum was followed by a period of time budgeted for an open "good and welfare" discussion, allowing for engagement with County Committee members. Members asked about the party's plans for 2018 races, including the state senate and congressional seats in Brooklyn that are currently held by Republicans. One County Committee member named Teri Brennan explained that, for her, "these discussions [are] the most valuable aspects of the meeting." She asked why County Committee meetings don't start with an overview of upcoming elections, and opportunities for members to get engaged, elaborating:

'That's what I signed on for, but that's not what I got ... and I was really puzzled earlier when you said something about "allowing debate." To me, debate is fundamental to democracy, not something that permission is granted for. And I know we have an Executive Committee, but in essence you represent us, and we represent our communities, and if we know what our communities need, we need to be able to communicate that to you guys. That, to me, is what this is supposed to be about. I know that the last meeting felt like a free-for-all, but to me it felt like fresh air, because we actually engaged with each other! [...] Let us become a truly engaged working group that really promotes democracy and the Democratic party in the borough of Brooklyn, because we actually have the power to shift what New York State looks like."

We couldn't have said it better ourselves! 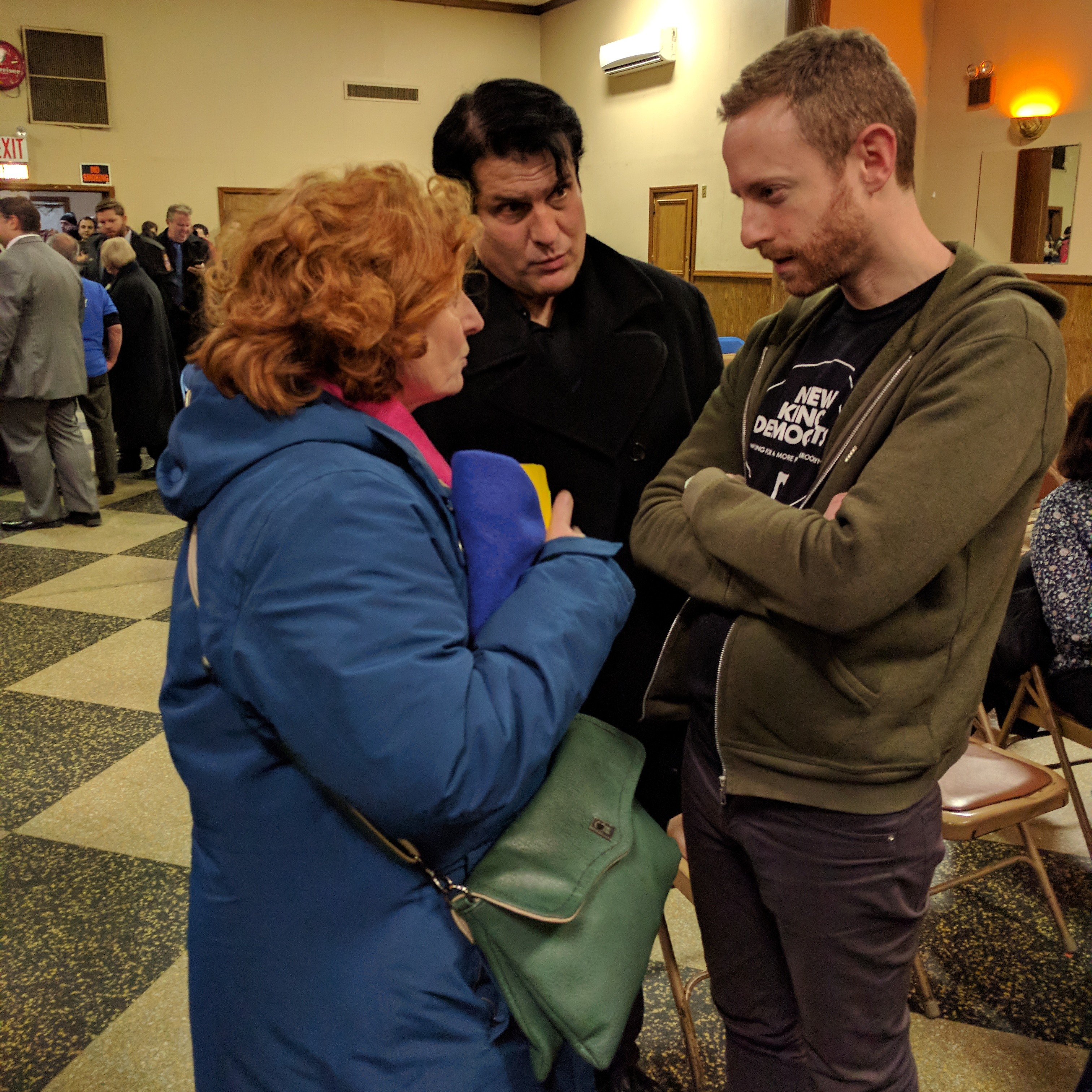 The discussion became heated for a moment, but we're proud that 99% of NKD members and supporters were respectful — thank you! District Leader Darma Diaz (54th Assembly District) advocated for decorum, and Council Member Kalman Yeger told newer members, "You don't know what it was like [prior to Frank Seddio's tenure as Party Leader]." However, it was difficult not to find it patronizing when the Council Member suggested we learn the history of County reform and be grateful for the modest reforms that Frank instituted, given the fact that NKD members and supporters had worked for years to compel Frank to hold regular meetings.

Yaneth Lombana (our 2017 VP of Organizing) stood up to thank the leadership for scheduling a question and answer period in the meeting, but pointed out that it didn't start until 10:30 PM, and that once again an agenda wasn't available until just before the meeting. Yaneth responded to Council Member Kalman Yeger, asserting that just because our local party was thoroughly undemocratic until fairly recently, this doesn't mean we can't expect more from the organization now. We do appreciate these commonsense reforms — after working so long for these achievements, how could we not appreciate them? — but wanting our Brooklyn Democratic Party to meaningfully engage its members in working together toward our shared values is not too much to ask for. 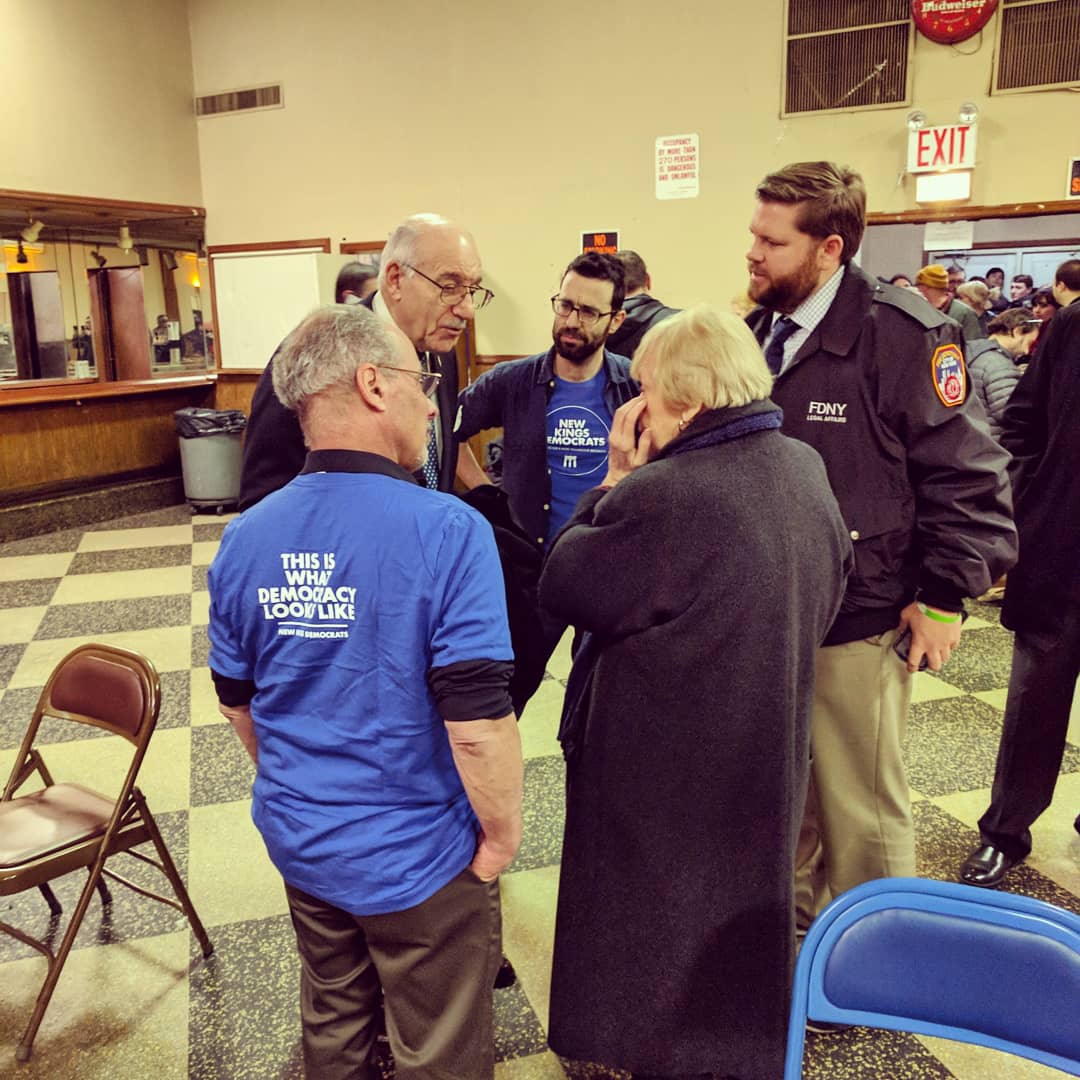 At the end of the meeting, Frank Seddio encouraged members' communication with party leadership, and we should take him at his word. As Frank said, the party office is open during business hours, so stop by in person or give them a call:

We invite you to reach out and share your thoughts with party leadership about how these meetings could be improved, and how the local party could better engage and inspire Brooklyn Democrats. Express your appreciation for the improvements we've seen, and your belief that the party can be even more inclusive and transparent. Ask them questions about what you can do, and about what the party can do, to grow our party. Be courteous! This is probably the first time they're hearing from you personally (even if it's not, they can be forgiven for not remembering every voter in the borough), so give them the benefit of the doubt. Listen to their responses.

While you're at it, look up your District Leaders and contact them through the party's website. Let us know about your interactions!

Finally, we hope you're inspired by the power of Brooklyn Democratic voters to get active in their local party and advocate for reform. Sign up with our #RepYourBlock campaign to (re)join County Committee this summer, and encourage your friends and neighbors to do the same!