On Wednesday, September 21, Brooklyn County Committee members will elect officers of the County Committee. These candidates will bring a new level of transparency and accountability to our party, and we encourage members to vote for them! 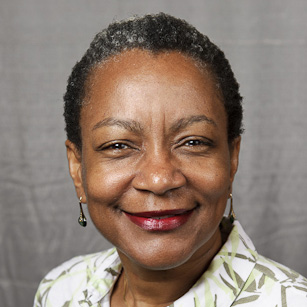 Janice Henderson is an experienced County Committee member and currently holds the position of Chair of the 57th Assembly District Committee. She believes that the Democratic Party is the organization that will help us manage the long and winding road out of the current political upheaval in our country. Janice is excited to run for Chair of the County Committee to help guide and lead the Brooklyn community through that winding road.

Emmitt Sklar is a lifelong Brooklynite and a current Brooklyn Young Democrat working to bridge the gap between communities and their elected officials. He's a County Committee member in the 44th Assembly District and is deeply involved with many of the borough's civic, community, and political organizations. He hopes to work alongside the Chair to empower the diverse voices of Brooklyn's many Democrats. 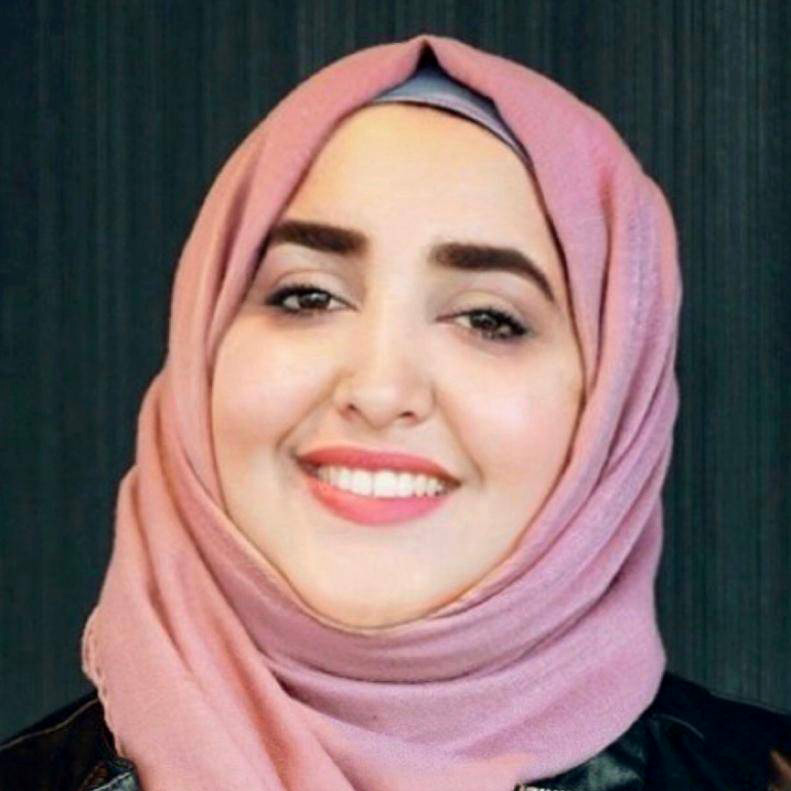 Somia El-Rowmeim is a Yemeni-American organizer, educator, advocate, and County Committee member in AD 51. Somia's passion for empowering women and fighting for human rights, especially women's rights, began when she was a student leader at Sana'a University in Yemen, where she earned a Bachelor's degree in Education. Since moving to New York City, Somia has led Brooklyn's Arab-American community (with a focus on women) in voter registration drives, town halls, small group meetings, and actions and rallies of local, national, and international import. In 2016, after Trump was elected, Somia founded the Union of Arab Women. UAW is a member-led group of New York's Arab women that focuses on empowering Arab Women to build a strong community, resist oppression, and fight discrimination with a focus on civic engagement. Somia is now serving as Executive Director at the woman's empowerment coalition of NYC.

Barbara Williams is long time resident and community activist in Williamsburg Brooklyn, and an active County Committee member in Assembly District 53. She obtained her Bachelor’s and Master’s from NYU and has begun her PhD studies. She is known for her service - from organizing over 25,000 meals distributed during the pandemic to creating opportunities of equity and equality in low serviced areas.

William Vega is the President of North Brooklyn Processive Democrats, the Chair of the 50th Assembly District Committee, a CB1 Community Board member, Friends of Cooper Park member and proud member of NKD. He considers himself a bridge builder within his diverse community and an environmental activist against National Grid and the proposed North Brooklyn Pipeline.

Larry Fernandez is a lifelong resident of Williamsburg, residing in Assembly District 53. Raised in Bushwick Houses, he was a high school math teacher for nearly 30 years and is recently retired. He is a board member of Riseboro and Chair of Somos Inc.

Deshawn Childress is a community organizer and volunteer in his Assembly District, AD 57. He is focused on engaging and effectively buidling within Assmebly Districts and being a voice for those County Committee members. Deshawn is excited to run for this position because he wants to be involved with County Committee members and form effective solutions for problems he sees to be resolved in the ground floor of our Democratic party.

T.S. Candii is a transgender political activist and public speaker; lead organizer with Decrim NY and Repeal Walking While Trans Ban coalition; founder of Black Trans News and Black Trans Nation; and a resident of East Flatbush in the 58th Assembly District. T.S. Candii is excited to run for this position because she feels we need to include Trans and Gender Non-Confirming (TGNC) people in local politics.

Ruby Lozzatto is an 18-year-old high school senior ready and eager to make change. She has worked on City Council campaigns and is now the County Committee rep for AD 57 / ED 41. Ruby is dedicated to furthering youth involvement in and understanding of local government and policy so that we may all work towards a more just New York City. 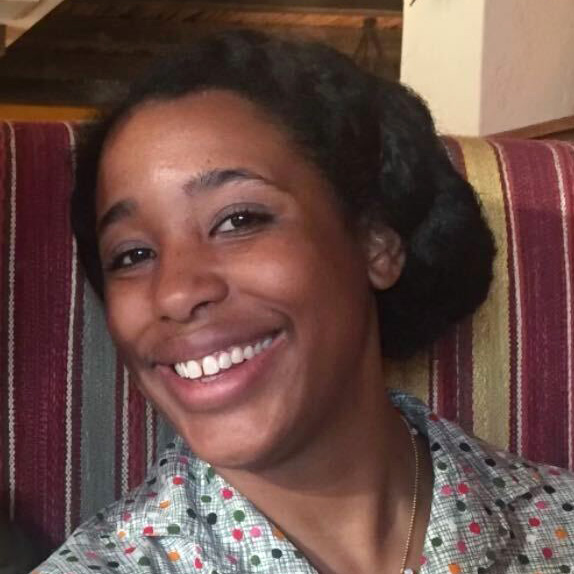 Vanessa is a librarian by both training and by nature and loves to learn. She has lived in Brooklyn since 2005, and works as a Community Advocate for the New York City Council. She also volunteers as Director of Membership for New Kings Democrats. Vanessa has been an active County Committee member in Assembly District 43 for many years and is committed to bringing transparency and inclusivity to our local party.

Naomi is a Midwood resident, and a founder and executive committee member of South Central Brooklyn United for Progress. She was first elected to County Committee in Assembly District 45 four years ago, and would like a party that is small-d democratic, representative, and transparent. She believes that the more positive proposals we can bring voice to and enact, the better the party will be.

Rodrigo is a first-generation New Yorker, parent, and 2021 candidate for the New York City Council’s 38th District. Rodrigo has spent nearly a decade working to build a more democratic Kings County Democratic Party as an Executive Committee Member of the New Kings Democrats, a founding member of the Rep Your Block campaign, and outgoing Co-Chair of the 51st Assembly District's Committee on Organizing. Rodrigo is currently the Director of the Immigration Advocates Network, the largest network of nonprofit legal advocates committed to defending immigrants. Prior to that, he led public initiatives to combat inequality and expand opportunity for the City of New York and was the former Executive Director of the Mixteca Organization - an immigrant rights organization in Sunset Park. He holds degrees in Economics from New York University and the London School of Economics. 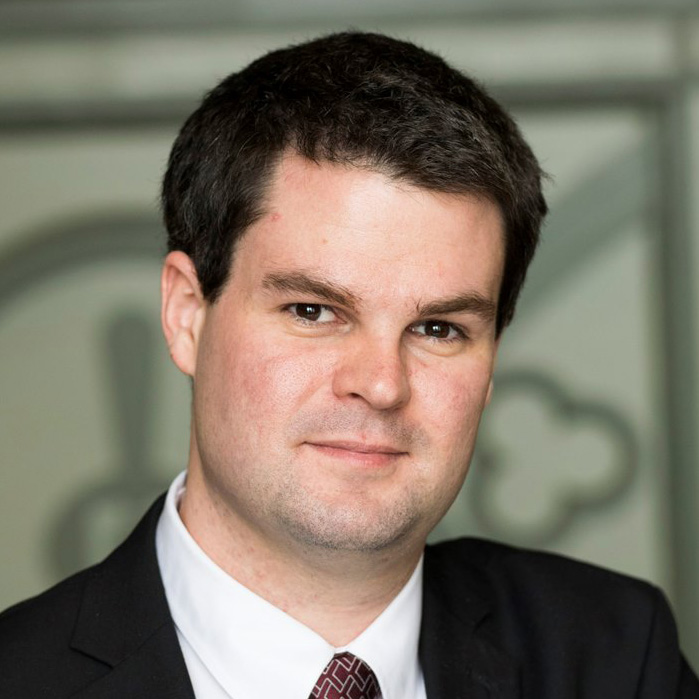 Seamus Campbell is a co-founder of the real Brooklyn Young Democrats (going strong since 2010!) who, over the years, has been active in many Democratic organizations including the Young Democrats of America, DNC Disability Council, and his local club, Independent Neighborhood Democrats. He's a County Committee member in Assembly District 52. Professionally, Seamus works as a web developer at The City College of New York. As Treasurer, Seamus pledges to bring true transparency to the Brooklyn Democratic Party's finances so KCDC members can see how party finances are being used.

James Bilsborrow is a Partner at the law firm of Weitz & Luxenberg and co-chairs the Environmental, Toxic Tort & Consumer Protection group. Since 2016, he has served as a Kings County Committee Member and in 2022, he was elected as a Judicial Delegate in Assembly District 44. James is running for Assistant Treasurer to bring transparency, attention to detail, and oversight to the Party's finances.

Gina Anderson won contested elections to County Committee in 2020 and 2022 in Assembly District 42. She is a lawyer and advocate for low-income and marginalized communities, and a longtime Flatbush resident. Her volunteer work includes The Legal Aid Society, Alliance for Quality Education, NAMI (National Alliance on Mental Illness), and Flatbush Thrives. Gina is excited to work to strengthen the diversity, transparency, and procedural fairness of our Kings County Democratic Party.