A Celebration of Progressive Reform in Brooklyn

New Kings Democrats is thrilled to honor Congresswoman Nydia Velazquez! A woman of many firsts (first Latina ever elected to the New York City Council, first Puerto Rican woman to serve in Congress, etc), Congresswoman Nydia Velazquez has had major accomplishments in the areas of affordable housing and environmental preservation, and is perhaps most notable for her ceaseless advocacy for her native Puerto Rico in the wake of Hurricane Maria. She has been instrumental in supporting NKD since the club’s founding in 2008, and we have endorsed her every election cycle since then. She not only fights for her constituents, but she also works to engage them in civic and political life. In fact, she is actively involved in our #RepYourBlock campaign this year. 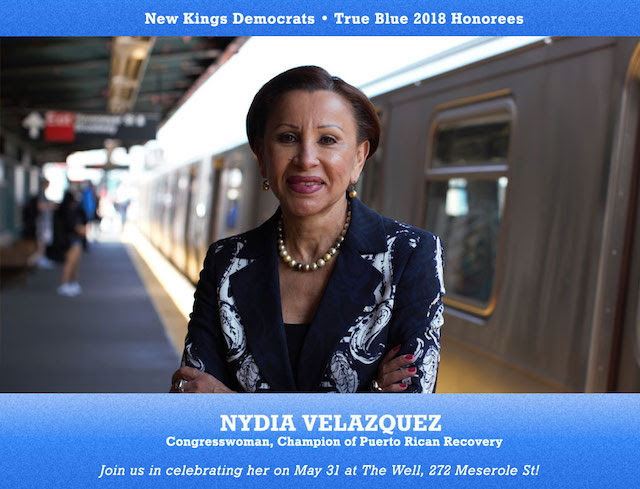 New Kings Democrats honors Tiffany Murray and Rahson Johnson for their work with Save Our Streets, a Bed-Stuy and Crown Heights-based effort to end gun violence. In addition to their work there, Tiffany and Rahson have been upstanding leaders within their own communities.

Before becoming the Program Manager at Save Our Streets Bedford-Stuyvesant, Tiffany Murray worked for Catholic Charities Community Services assisting individuals with mental illnesses, trauma, and addictions. As a Chaplain, Tiffany worked with individuals living with HIV/AIDS, at-risk youth, and families around end of life issues. The death of friends from gun violence has motivated Tiffany to assist others so they do not lose their lives or their futures to the streets.

As the Youth Programs Specialist for Save Our Streets, Rahson Johnson draws from his adolescent encounters with the criminal justice system to mentor the youth in his community. Rahson has served a respectable and responsible role model for the students in his community for the last thirteen years and currently works on the Justice Community Plus programs at the Crown Heights Mediation Center in addition to his work with S.O.S. Brooklyn. 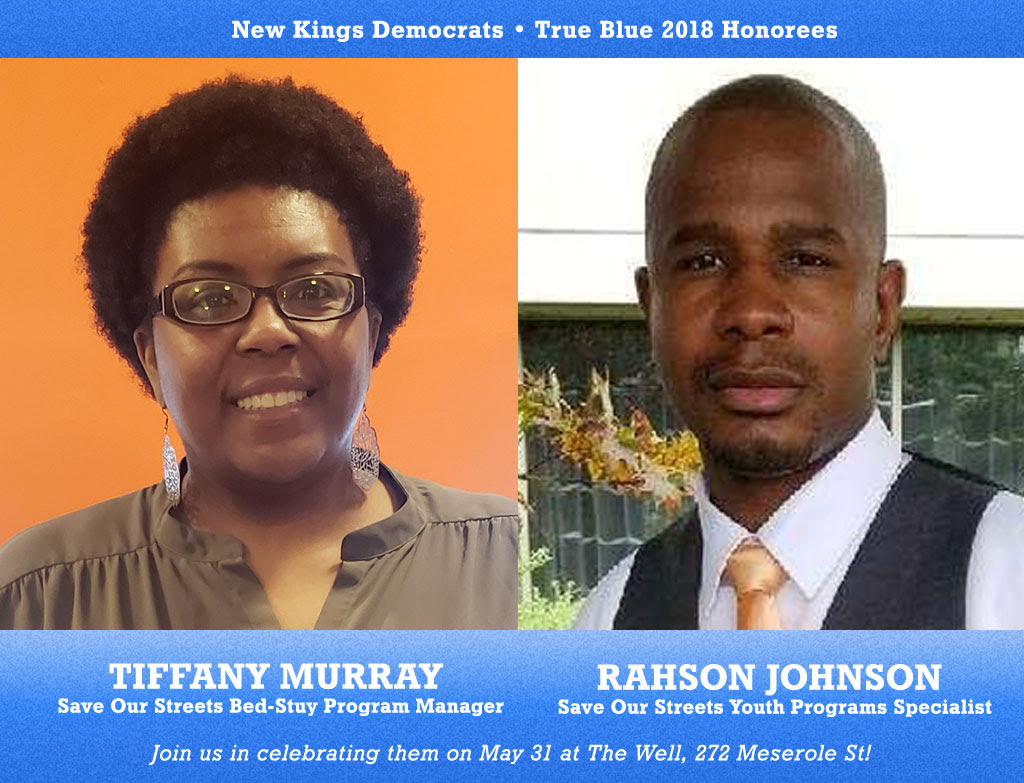 Finally, we honor Fifth Avenue Committee for their work for affordable housing and preventing displacement by gentrification in South Brooklyn. Fifth Avenue Committee (FAC) is a 40-year-old nationally recognized community development corporation that advances economic and social justice in South Brooklyn by developing and managing affordable housing and community facilities, creating economic opportunities, organizing residents and workers, providing student-centered adult education, and combating displacement caused by gentrification. Since forming in 1978, FAC has worked to transform the lives of over 5,500 low- and moderate-income New Yorkers annually so that all can live and work with dignity and respect while making our community more equitable, sustainable, inclusive, and just. Under the leadership of Executive Director Michelle de la Uz, FAC has doubled the number of housing and commercial units it manages. 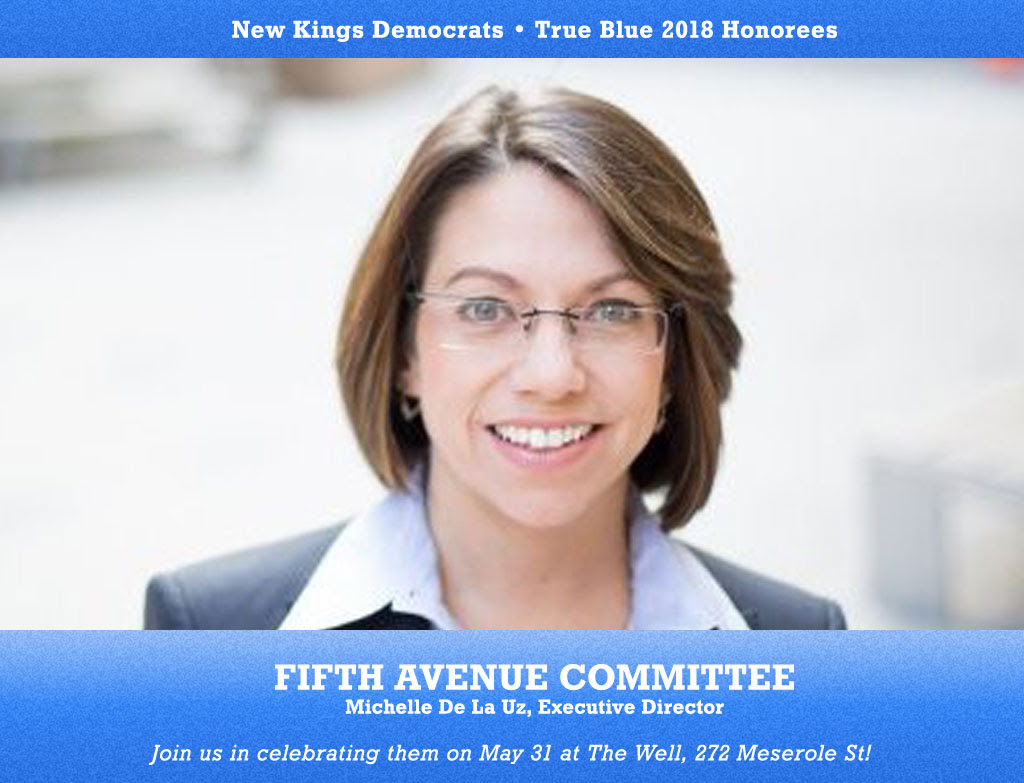 Come celebrate the achievements of our honorees at True Blue 2018!

Get your tickets now, the price increases to $50 at the door.

Purchase includes one hour of open bar from 7-8 PM.

All profits will support the work of New Kings Democrats.

Interested in purchasing an advertisement in the True Blue Journal separately? Get in touch with us!

Interested in joining the event planning committee or the host committee? Please let us know!