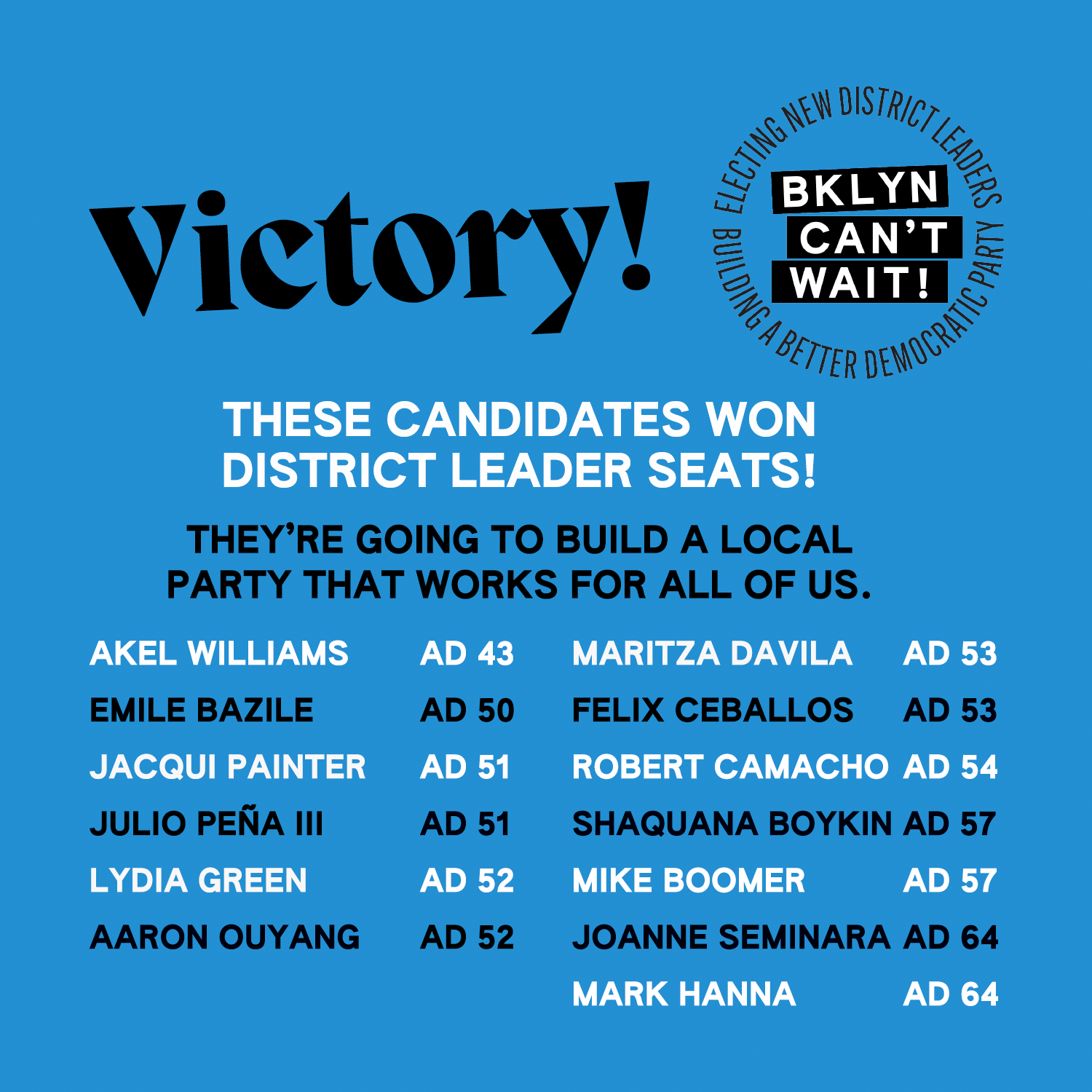 Tuesday was a massive victory for everyday Brooklyn Democrats, who voted resoundingly to elect district leaders ready to stand up against the party machine.

Thirteen NKD-endorsed candidates won district leader seats, based on preliminary election results. This is a significant step toward a local Democratic party that respects, empowers, and includes all Brooklynites.

This cycle, NKD endorsed 18 District Leader candidates – ten of them running for office for the first time. All candidates ran for unpaid district leader positions as part of the Brooklyn Can’t Wait slate, and pledged to increase participation and transparency in our local party. They ran against candidates backed by the party establishment, including a State Senator and many long-term incumbents.

We are so proud of all of our endorsed candidates, and the tireless volunteers who supported their campaigns – spending countless hours knocking on doors, working the phones, and explaining why these little-known positions matter. Even those who lost ran powerful campaigns and engaged with thousands of voters, laying the groundwork for future wins. Machine politics, where leaders are picked by the boss and never face an opponent, are no longer the rule in Brooklyn.

NKD is proud to be part of the Brooklyn Can’t Wait coalition of ten organizations, and to continue the work to build a party that works to improve the lives of all communities and neighborhoods in the coming months.

Thank you to everyone who supported this effort — because of you we have taken a giant step towards a Democratic Party that can rise to the challenges of this moment and mobilize a million Brooklyn Democrats for change.