The General Election is happening now in Brooklyn.

NKD developed a voter guide to help inform Brooklynites about the 2022 General Election races. It includes information about the contested races in Brooklyn and the candidates that will vie for everything from the gubernatorial race to State Senate and Assembly seats.

Read or download the full voter guide as a PDF here, in which we preview all the races and include an overview of how to vote in Brooklyn. If you're not sure which districts you live in (the maps were recently re-drawn), enter your address on Redistricting And You, or use this tool from The City. 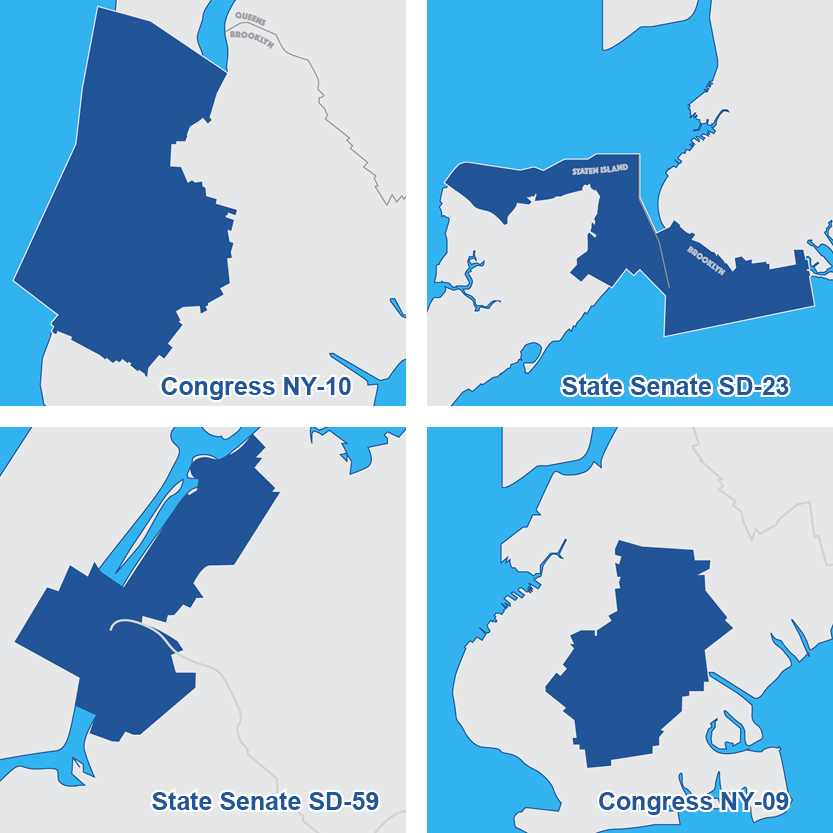 New Kings Democrats (NKD) developed this voter guide to help inform Brooklynites about candidates who may be on their ballot in the November 2022 General Election. As of the publishing of this document, NKD is not planning to endorse in any of the races listed here, and nothing in this document should be construed as an official endorsement by the club, though we do encourage you to vote for Democrats in this and every General Election.

Didn’t I just vote in June AND in August? What’s happening now?

August and June were Primary Elections, where voters decided who would be on the Democratic Party line in the General Election. The November election will determine who is actually elected for these seats.

New Kings Democrats works to reform the Democratic Party to make it more transparent, inclusive, and accessible. That typically means supporting and electing progressive candidates that have the support of the grassroots and are steeped in their communities.

But that electoral support looks different in the Primary and General Elections. In the General Election, it is essential that we vote for and support Democrats – even the centrist ones.

To jump right to a particular district, please click below.

Confirm your voter eligibility and where to vote: Confirm if you are registered to vote and your Party affiliation, if any, at www.nycvotersearch.com. You can confirm your polling location by clicking “Poll Site Information” in the top-right corner of the screen. Go to findmypollsite.vote.nyc to view a sample ballot and your poll site locations and hours.

Vote early: It’s the safest - aka least crowded - way to vote, and also helps give candidates you care about some early information about voter turnout. Your early voting site is probably different than your Election Day voting site, so visit nycvotes.org to find it.

Vote Working Families: On your ballot, you’ll likely see the same name of a candidate listed alongside several political parties, such as “Democratic” and “Working Families.” If you want to help the Working Families Party (WFP) keep their ballot line, you can vote for the Democratic candidate on the WFP line. Your vote still counts toward the total for that candidate - but sends a message to candidates, political parties, and elected leaders across New York that you care about the progressive ideals WFP fights for: affordable and accessible housing; universal health care; good, living-wage jobs; public education; and more.

If you found this voter guide useful, please consider supporting New Kings Democrats with a financial contribution. It costs NKD $25 to help someone run for County Committee, so a donation of even $5 goes very far in this grassroots work.