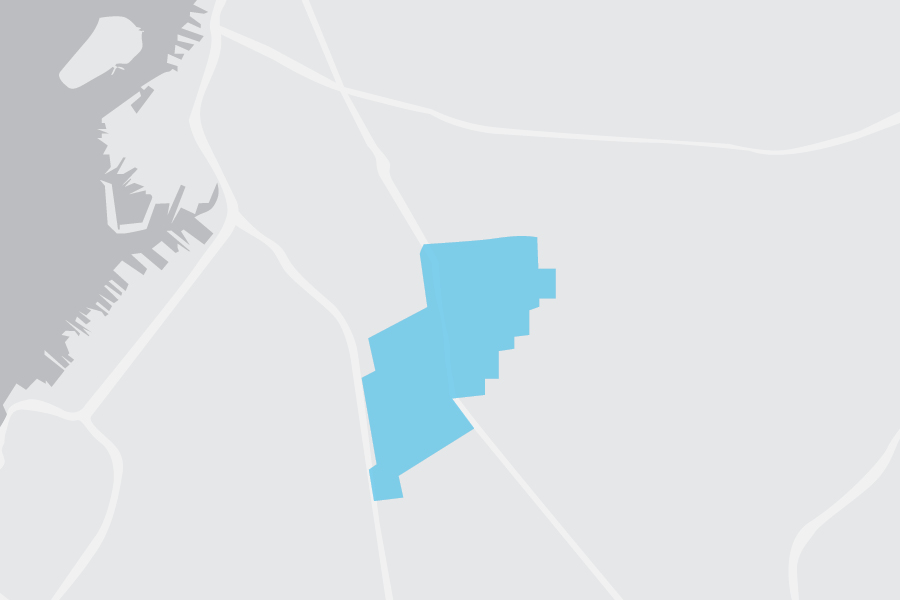 Council District 40 includes Crown Heights, East Flatbush, Flatbush, Kensington, Midwood, Prospect Park, and Prospect Lefferts Gardens. The current Council Member is Mathieu Eugene, who is term-limited and the longest-serving member of the Council (and running for Borough President). The district is majority Black, with a significant Carribean-American population, though gentrification and other factors have caused those numbers to decrease. This is a crowded race, with a number of establishment supported candidates and political newcomers with activist and organizing backgrounds. 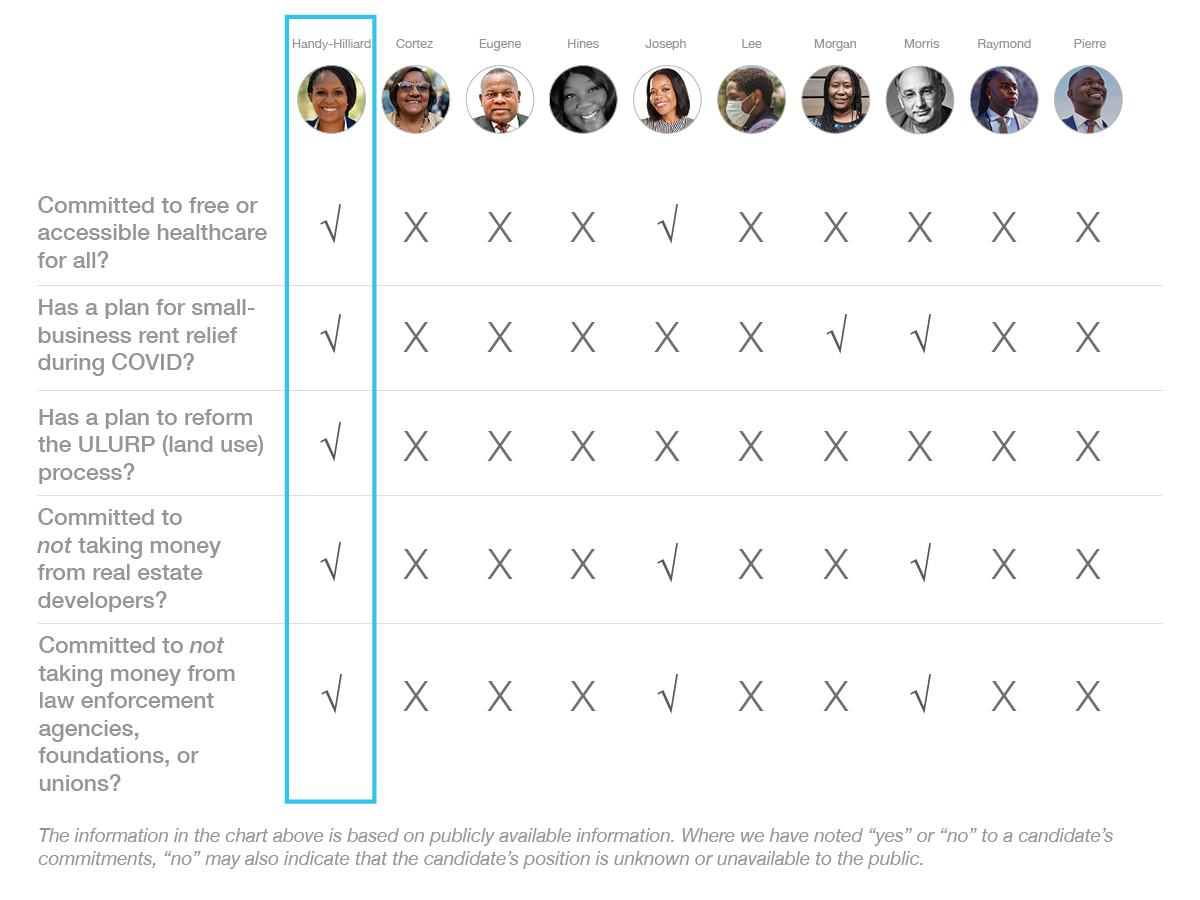 About the candidate: A native of Prospect Lefferts Gardens, Kenya believes the pandemic has exacerbated long-existing issues already affecting district residents. She is calling for an economic recovery plan that includes job creation, training, funding for innovation, and business development. She denounces structural racism in policing.

New Kings Democrats has endorsed Kenya Handy-Hilliard in this race. There is no question that District 40 has been left in the lurch by an absent Council Member and needs a new leader who can hit the ground running to make up for lost time. Kenya, with her government experience and grassroots organizing she has done in the district, is just that leader. Among a crowded field, she stands out as the candidate with the most breadth and depth in her policy platform, as well as someone will to learn from her constituents as she goes. This is our chance to take back District 40 from the machine, and Kenya is the candidate to do it.

What stands out about their platform: Kenya wants to increase transparency and opportunities for community participation through regularly scheduled forums, improved language access, culturally competent engagement, and community governing mechanisms like Participatory Budgeting.

About the candidate: Cecilia is a longtime resident of District 40, a 35-year public school special needs teacher, and a community activist. She wants to bring better senior centers, youth training programs, and after school programs to the community.

About the candidate: Maxi is the brother of the term-limited incumbent Council Member, Mathieu Eugene. There is no searchable information about his platform.

About the candidate: Harriet is a church administrator and advocate for people with disabilities. Her policy priorities include: accessibility, affordable housing, safety from predatory developers, and small business opportunity for all.

About the candidate: Rita has been a public school teacher for 21 years at P.S. 6 in Flatbush, where she is currently the English as a Second Language coordinator. She immigrated from Haiti at a young age and was raised by her grandparents in Brooklyn. Rita supports the New York Health Act, which would make health care universally available in New York State. She has publicly stated she will not take campaign contributions from corporations, LLCs, law enforcement unions & organizations, real estate developers, or the fossil fuel industry.

What stands out about her platform: Rita wants to improve funding for our public education system via increased taxes for the super-rich, a pied-a-terre tax, and the reinvestment of a portion of the NYPD’s budget into services that directly benefit students.

About the candidate: Kenneth is a student at Medgar Evers who is active in the local community. He is an advocate for Community Boards and making their membership more reflective of the community. He has raised less than $1,000.

What stands out about their platform: He wants to get more teens to participate in politics and encourage them to run for Community Boards.

About the candidate: Vivia’s plan for criminal justice reform is based around a motto of “Jobs Not Jail” and includes alternatives for incarceration and increasing communication and dialogue between police and the community. She is focused on preserving NYC’s green spaces, ending elder abuse, and eradicating homelessness through the building of affordable housing.

What stands out about her platform: Vivia has a plan for youth empowerment through high tech training and apprenticeships.

About the candidate: Blake is a practicing attorney who ran an unsuccessful campaign against State Senator Simcha Felder in 2018. He considers himself a progressive candidate fighting the machine and emphasizes affordable housing, expanded services for an aging population, and economic support for small businesses in his platform.

What stands out about his platform: Blake supports upzoning commercial streets and downzoning residential streets in the district.

About the candidate: Josue (Josh) is a District Leader in Assembly District 42, and cousin and co-District Leader to controversial Brooklyn Democratic Party Chair Rodneyse Bichotte. As District Leader, he has voted in alignment with the Party machine. Josh is a Haitian immigrant who grew up in Flatbush and the first of his family to graduate college. He lists among his priorities: affordable housing and “community-friendly zoning”, supportive resources for small businesses, and resources for education.

What stands out about their platform: Josh does not oppose real estate development but calls for hiring an urban planner to explain projects to constituents, including how they will be getting value added from the development.

About the candidate: Edwin is a Lieutenant with the NYPD. In 2016, he was a plaintiff against his employer for the NYPD’s mandating of officers to meet fixed numerical goals for arrests and court summonses (illegal quota-based policing). He is the child of Haitian immigrants, born and raised in East Flatbush. His platform calls for reducing the police budget and investing in public housing, healthcare, education, and more community resources. He also supports increasing civilian roles, reducing gun ownership, and an “end [to] the quota-based policing that lies at the root of almost everything racially discriminatory about policing in New York City.”

Another candidate, John Williams, filed but has limited information about his campaign available online and may no longer be in the race.