Council District 45 comprises Flatbush, East Flatbush, Midwood, Marine Park, Flatlands, and Kensington. Though less crowded than the special election race in 2019, a number of the same candidates are reappearing in this race for the Council seat. All candidates have a significant uphill battle against incumbent Council Member Farah Louis. 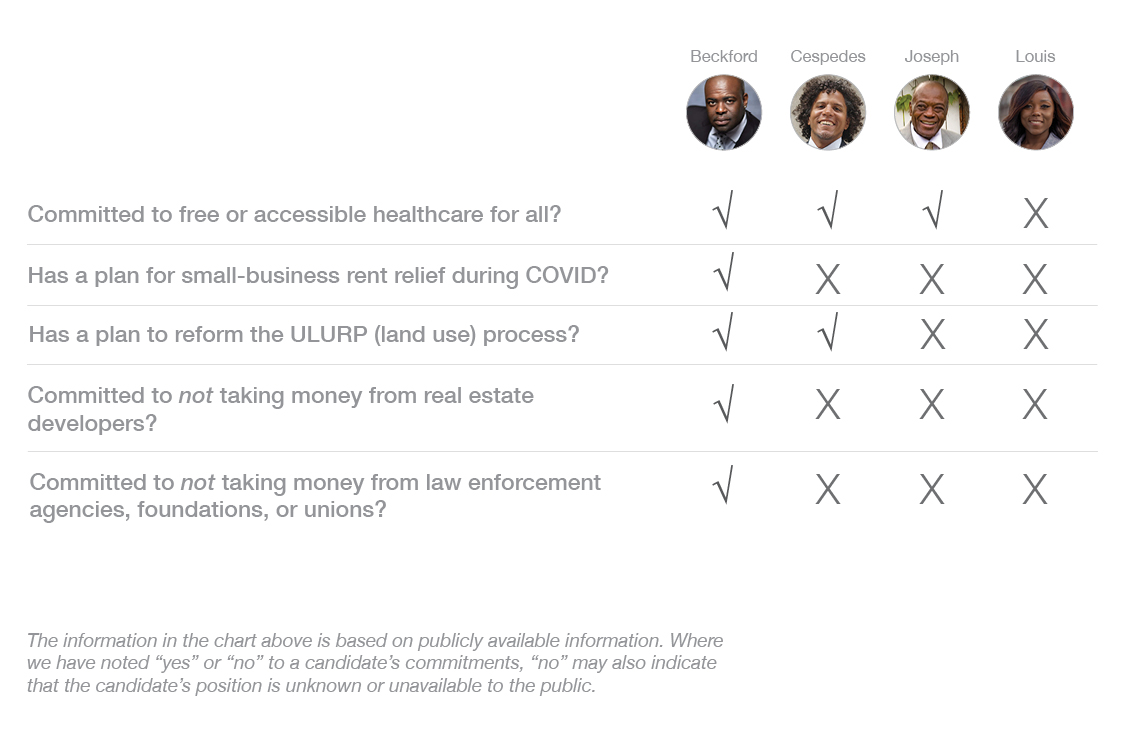 About the candidate: Anthony is a U.S. Marine Corps veteran, participates in a large number of community organizations, and is the President and Co-Founder of Black Lives Matter Brooklyn. He has taken the New York Health Act pledge and the Green New Deal for NYC pledge.

What stands out about their platform: He has a plan to tax the rich and use that revenue to “fix NYCHA” and make CUNY tuition-free.

About the candidate: Lou is an architect who has worked on building projects around the city. He is focused on fighting upzoning efforts in East Flatbush.

About the candidate: Cyril is a community activist who worked blue-collar jobs most of his life and has served as a director and board member of several non-profits in his retirement. He is running on a platform of job creation, affordable housing, and criminal and immigrant justice reform. Much of his plans involve the use of tax credits, including offering them to landlords who reduce rent on individuals and small businesses.

What stands out about his platform: He wants to offer local businesses tax credits for hiring graduates of local vocational training centers.

About the candidate: Farah is the current Council Member for the district. She joined the Council after winning a special election in 2019 when Jumaane Williams vacated his seat to become Public Advocate. She worked as a staffer in Williams’ office for six years prior to joining the Council, but Williams did not endorse her, instead endorsing her opponent. She was endorsed by the Patrolmen’s Benevolent Association when she ran in 2019 and voted “Yes” on the current budget, which did not defund the NYPD in meaningful ways.

What stands out about her platform: Farah has not made an online presence part of her re-election campaign. Her website does not list any specific things she wants to accomplish if re-elected and still maintains much of the text from when she was first elected in 2019.